It's been a while now that I've been away from the blog. I needed a break. Quite a few challenges have come to pass, and while I wrote about some, I chose to just go inside myself to deal with several others. I'm a writer, and I usually process challenges with the written word, but sometimes there are no words, and when that happens to me, I take it as a sign I need to engage my other skills to tackle the challenge in front of me.

So, what's happening? It's growing season, so it's all about the greenhouse, and the composting efforts around here.

First a note about the composting here. We had one very large pile, which did incredibly well last fall. It restarted in the spring, and we actually turned out some nice, rich, sweet smelling compost. I was impressed. We ended up with far more compost materials than one pile could handle, so we opted to take down the smaller bin, and set up three piles on the side of the house; "almost done", "getting there" and "just getting started". It has proven the best solution. It also gave us the motivation to clear the 'crap' from the side yard, as well.

Onto the greenhouse occupants...

A couple of weeks ago we moved the starts and seedlings into the greenhouse, along with a few more mature plantings. Everything is thriving. Have I said how much I love the greenhouse? I love it. I really, really do.

How are the greenhouse occupants doing? Quite well, I must say. Take a look for yourself. 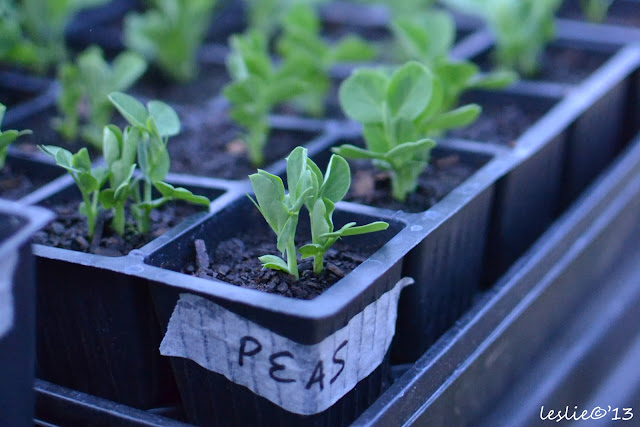 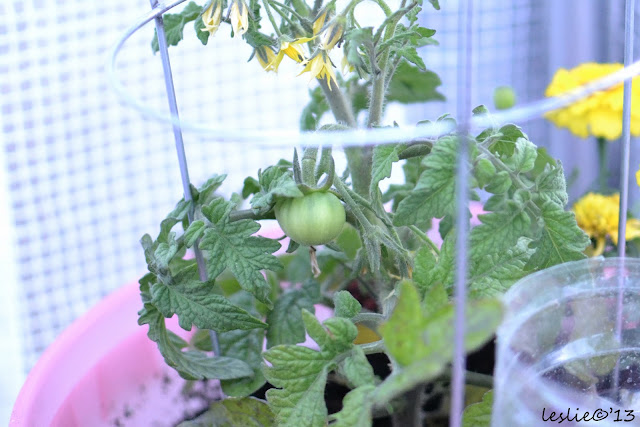 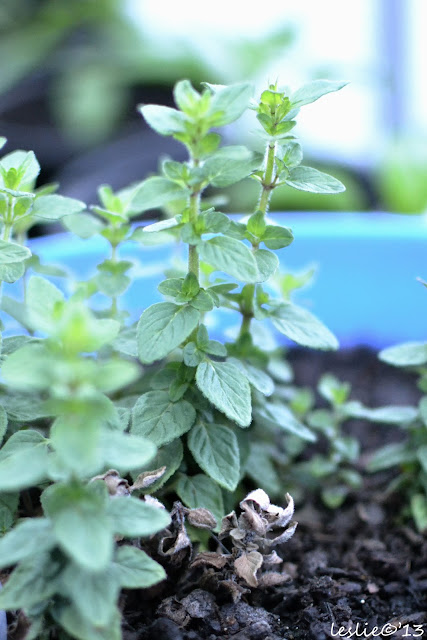 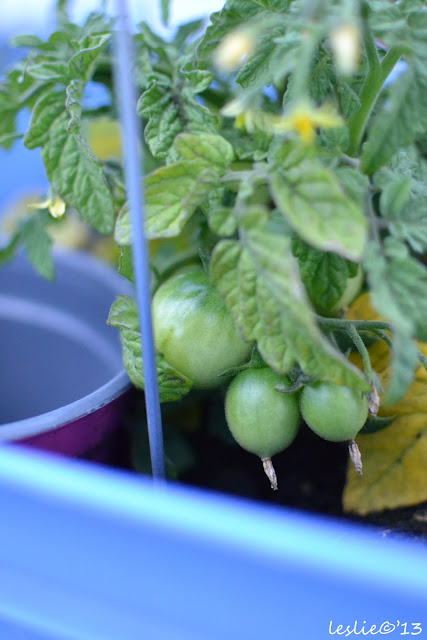 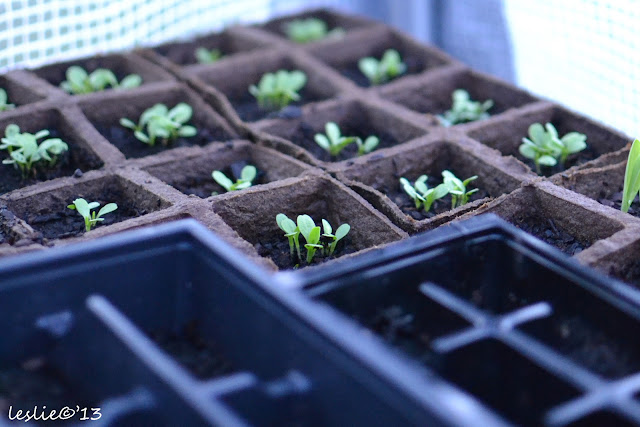 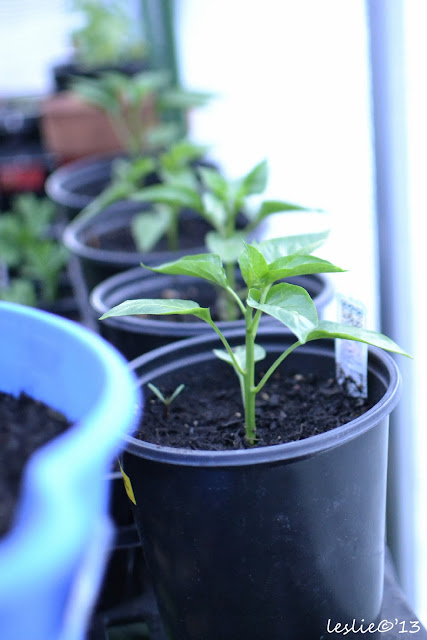 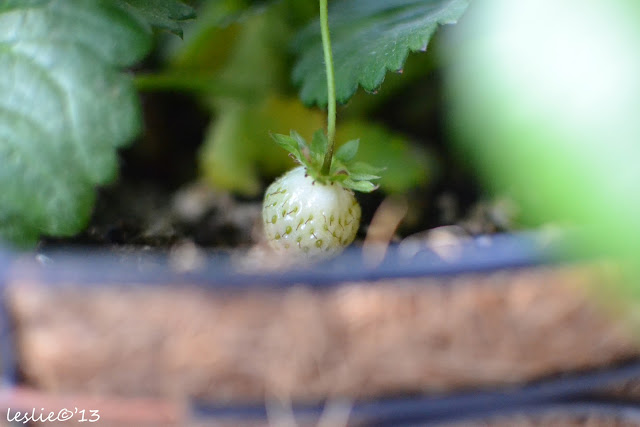 We grew everything outdoors last year, from seed in many cases, and things did okay, but not great. I can already see the big difference the greenhouse makes in our environment. We are still experiencing overnight lows near freezing, but a small heater in the greenhouse keeps our most tender seedlings happy, and we have had no casualties thus far. Fingers crossed it continues.

We have several things growing. Peas, carrots, tomatoes, peppers (three different kinds), lettuces, cilantro, corn, strawberries, blueberries, marigolds, oregano and basil. Once all but the tomatoes move to the outside planter boxes, we will transfer our tomato starts to bigger buckets, and the greenhouse will be dedicated to tomatoes, only.

Next project; more shelf space in the greenhouse.
Posted by Leslie Renaud Kuther at 10:51 AM No comments:


The day you came into this world, I knew I would face the day of your passing.  There could be no way for me to know your life would be so short.  I never imagined it, never thought of it, and never believed it possible, yet here we are. 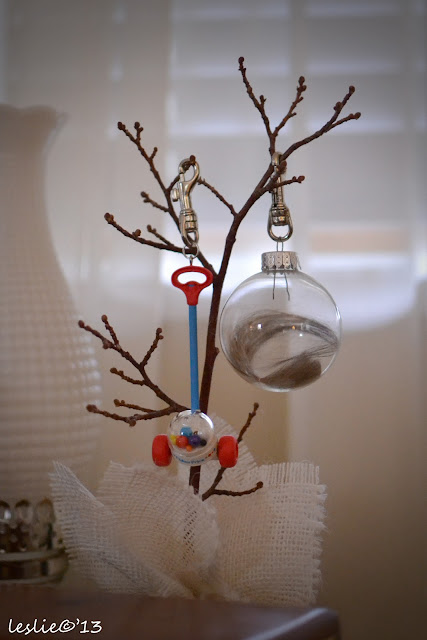 The day you were born was such a special day for me.  I never had human children of my own, and in some very small way, there was a sliver of that kind of excitement on the day you came into the world.  You were one of two in my very first litter.

Your sister was born first.  She entered the world wiggling and full of life.  Text book.  So excited we were.  We knew there was one more.  I'd seen two on the x-rays just a few days before.  So we settled back and waited.  An hour turned into two.  Then two turned into three.  I started to worry.  I called a friend, a long-time breeder, and told her I was worried.  She suggested a shot of Oxytocin for your mother.  After checking with our vet, we proceeded with the shot. The labor came on quick, and it was hard on your mom.  It went on for a while.  We knew you were on the way, but it was taking too long.  Finally you emerged, but you were cool and not moving.  We warmed you, removed the fluid from your lungs.  We willed you to life.  It felt like hours, though I'm sure it was just a few minutes, then you finally started to wiggle, and once you did, you never looked back.

We had the most fun with you for 8 weeks.  You made us laugh so many times, it's difficult to count.  You were the opposite of your sister.  She was high strung and never stopped.  You were laid back, and just one cool, suave daddy. Nothing was of such great importance that you had to get there immediately, as though you knew all good things would find you in time, and they did...even the family who would come to love you as much as life itself.

We took you on field trips as you grew.  You had visitors and experiences too many to count, and you enjoyed them all.

When you were six weeks old, we took a road trip, and it would prove a life changing trip for you.

We spent two weeks in California with you and your sister.  You had more experiences, met more people, and continued to blossom, bringing laughter and joy to all who met you.

On your eight week birthday it was time for photos and time for us to ready for the trip home.  We had planned to take you and your sister to a local park.  I was worried about exposing you to a public park for photos, so my sister suggested the home of her friend, Ann and her husband, Hank.  We made one phone call, and we were off to Ann's beautiful home in the hills of Santa Barbara's Hope Ranch.

We spent a couple of hours taking photos, letting you and your sister explore Ann's beautiful property, but something else was happening, as well.  I couldn't put my finger on it at the time, but I knew things were about to change, then I heard the words, "I really like this boy, is he for sale?"  I looked up into Ann's eyes.  I saw the 'look', and in her arms you laid.  For the first time in eight weeks, you were settled while being held, and you started to doze off.  In eight weeks you'd never fallen asleep in the arms of another human being.

In that moment, I wondered if you would be making the return trip home with us.

I said to Ann, "I don't know yet.  I'd really like to keep him another two weeks", and even hearing myself say the words, I knew they weren't true.  We took you and your sister, and left.  I told Ann I would think about her question, and give her an answer by morning.  As we drove away, the tears started to come.  I already knew the answer.  I didn't have to wait until morning, I called Ann later that evening and told her you could be her new puppy.

I don't think she could hang the phone up fast enough before she was off to the local pet supply to buy every imaginable toy, bed and accessory any puppy would be lucky to have.

She came by to see you that day, and to take photos.  I could tell by the smile on her face that this was a moment she'd been waiting for, for a while.

We went to bed, and I cried myself to sleep.  I woke up the next morning, and we drove you to Ann's house on our way out of town.  It was there we said our farewells, and with tears streaming down my cheeks, we drove away.

For two hours I sat in the car, hoping I'd made the right choice in leaving you there.  I finally settled in for the long drive home, distracted by your sister.  The next morning, as we started the final leg of our trip, I got an email that started with "We are completely in love with this puppy..."  That was the salve my heart needed.

You would go on to bring a great love to Ann and her family, and they would shower you with every possible opportunity, giving you a life like none other.

The emails would continue to come, full of love for you, and so, so much pride.  You had become Ann's baby...and we were so happy for you.  You were truly living a charmed and wonderful life - the 'life of Riley'.

When you became sick in April, your family would stop at nothing to save you.  They left no stone unturned, they spared no expense.  They did everything humanly possible to save you.  Watching them prepare to lose you was one of the most heart-breaking experiences of my life.  I cried a river of tears as they tried to save you.  Nothing seemed to stop the wave determined to take you.

At 11pm, the night before you passed, Ann sent me a simple text, she said, "I can't let him go yet, it's not quite time," and while she knew it was coming, she needed to lay down with you, and hold you, one more time.  She asked for blankets in the veterinary hospital.  She held you, and you slept on the floor together one last time. At 2am the text I dreaded had come.  "I think it's time."  With more love in her heart than I ever thought possible, she released you to fly with the angels.  Twenty minutes later she told me you were gone.

Not even three years old.  I could feel Ann's heart breaking from a thousand miles away.  It burned a hole in my own heart, and in that moment, I found out what it means to be a breeder...the true heart-ache we all carry.  The incredible highs, and the unimaginable lows.

In all my tears, I knew one thing for certain, you were a boy on a mission.  Ann and her family needed you in ways only you knew.  You found a way to find them, and once you did, you told me, in no uncertain terms, that you were 'home'.  The pain that Ann, and her husband Hank suffered, and continue to suffer, is a tribute to a rare and powerful love.

I know you have found friends in Heaven.  I hope you've found Ty, Bogie, Sundance, Gracie.  But most of all, I hope you found a popcorn popper.  It remains my fondest memory of you.  A popcorn popper, in honor of your memory, hangs on Ty's tree, along side the ornament holding a tuft of his hair.  Two special souls...

I love you, sweet baby.  I always will.  Until we meet again.
Posted by Leslie Renaud Kuther at 7:47 AM 1 comment: